It was an interesting experience, it was cold, and it was interesting to see the different people that showed up to the games. It felt rewarding when people came up to you and actually asked for your help as far as where to throw away the trash, and then they would thank you afterwards, or people that would say I was doing a good job. 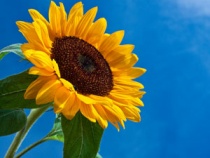 As a peer educator, we are the ones responsible for wrapping condoms and taking the time out to cut out things such as flier and organizing them as well. For the first hour i was wrapping condoms. During this time i was studying by viewing PowerPoints for an upcoming exam later on during the day. For the second, i was a little bit more active. I was cutting paper and organizing fliers into different stacks. While cutting, i decided to watch netflix since i didn't wan to get distracted and cut myself while attempting to study.

Gave 2.00 hours on 03/25/2015 with The University of Texas at Austin, University Leadership Network

I came into the Health Promotions Resource Center and helped wrap condoms. There is a bowel filled with condoms where any UT student can come in and grab a maximum of 3 condoms per day. The wrapping condoms part was okay but the company and conversation was great!

Gave 2.00 hours on 11/14/2014 with University Leadership Network, The University of Texas at Austin 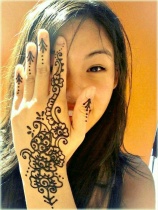 Learned how to conduct a flu swab! Cleaned rooms, roomed patients, checked vitals, and decorated the clinic for Halloween. The clinic looks really spooky. The General Medicine Clinics have a competition for most decorated clinic, and the clinics are taking this super seriously. It's intense - we probably have ten or fifteen fake spider webs in the lobby alone. I love volunteering there because it reaffirms that I want to pursue a career path as a doctor.